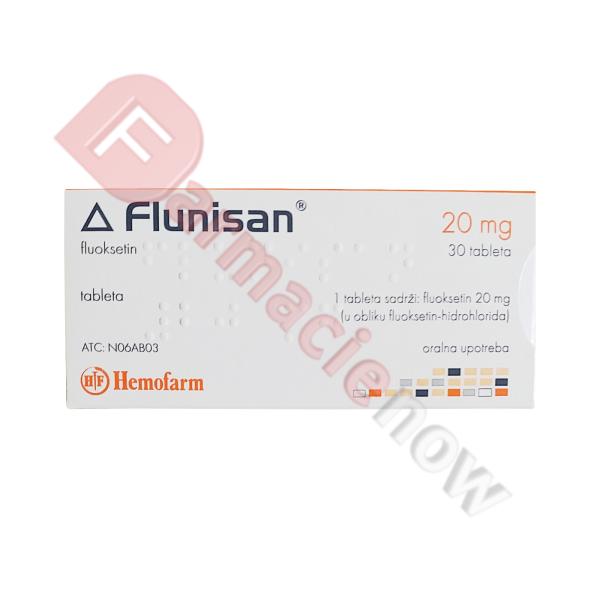 Flunisan (Fluoxetine) 20mg may improve your mood, sleep, appetite, and energy level and may help restore your interest in daily living. It may decrease fear, anxiety, unwanted thoughts, and the number of panic attacks. It may also reduce the urge to perform repeated tasks (compulsions such as hand-washing, counting, and checking) that interfere with daily living. Flunisan (Fluoxetine) 20mg may lessen premenstrual symptoms such as irritability, increased appetite, and depression. It may decrease binging and purging behaviors in bulimia.

Use Flunisan delayed-release capsules as directed by your doctor. Check the label on the medicine for exact dosing instructions.

Store Flunisan (Fluoxetine) 20mg at room temperature between 68-77 degrees F (20-25 degrees C) away from light and moisture. Do not store the drugs in the bathroom. Keep all drugs away from reach of children and pets.